We, Nepalese are always proud of ourselves for being recognized as brave and courageous in the world. And, we are also proud that birth place of Lord Buddha and Mt. Everest are in Nepal. We are proud that we are living in this naturally beautiful country and etc. Yes, this is true. We are living in naturally well-equipped country and our ancestors had proved their bravery by fighting big wars and doing most adventurous tasks. But, have you ever thought what you have done to make yourself and your country proud, and prove yourself brave and courageous. I think we are living behind the mask of bravery that our ancestors had created. We are still selling the name of our ancestors to introduce ourselves as brave ones. In my opinion, the present generation of Nepal are no more brave and courageous. Instead we are angry, frustrated and the unhappiest in the world filled with so many negative thoughts. And, yes, there are many clear reasons to be unhappy. We are living in one of the poorest countries in the world, we don’t have access to good road, we don’t have electricity, cities that we live in are the most polluted ones, we don’t have clean water to drink, our government and bureaucracy are highly corrupted and etc. There are a myriad of things to make us unhappy.

We have so much to complain. We complain that our cities are not clean, we complain that there is corruption, we complain that roads are not renovated, we complain that there is no social and gender equality. We hear people complaining about the system and condition everywhere. In fact, complaining has become one of the major duties for so-called brave Nepalese nowadays. But, have we ever thought that we are the ones who are responsible in creating these problems. We are the ones who secretly offer 200 rupees to Traffic Police to avoid traffic rule violation fine and complain about corruption. We are the ones who do not manage our household waste and complain that our city is dirty. We are the ones who do not treat Pani Puri Sellers and Shoe Sewers with respect and complain about social inequality. We are the ones who stay whole night watching Indian TV serials and the next day protest against Indian imperialism. We are the ones who sell our valuable vote for little money during election and later complain that elected person is not capable. So we are the ones who are responsible for these problems, and if we have created the problems we have to solve them.
Now, what can we do to overcome these problems? Mahatma Gandhi once said, “You must be the change you wish to see in the world”. Yes, changing others is not under your control but changing yourself is under your control. Please, do that. Changing yourself not only changes yourself but also changes your society, your country and the world. Let me give you an example. Until a couple of decades ago, Kamis (an ethnic group falls under“untouchable” category according to Hindu Caste System) were not allowed to enter the houses in our village. But, during the Maoist insurgency, a group of Maoist soldiers came to have shelter in our house. They stayed there for few days. They entered our house and sat wherever they liked, and we really had no idea what their caste was. Soon after they left my mother said that she was sure some of the soldiers were Kamis. And, if we could allow the unknown Kamis to enter our house why we were stopping Kamis from our own village from entering our house. That was unfair. She decided to let the Kamis in our house thereafter. She changed herself taking departure from established wrong tradition and gradually everybody started to allow the Kamis to enter their houses. Now, the tradition of untouchability no longer exists in our village. This is just an example. I am pretty much sure if we start calling Pani Puri Sellers, Barbers and other Madhesis “DAI or BHAI” instead of calling “BHAIYA”, more or less the current dispute between Madhesis and Pahadis will be resolved.

When our surrounding is filled with litter we expect our government or some other NGOs to come and clean. But, instead of criticizing and waiting for the government we can clean the place around us ourselves. We don’t need to pick up the waste others have produced. What we need to do is just manage the waste we have produced. We usually throw away packets and plastics on open space or street after we finish eating food. But, instead of throwing the used packets or used recharge cards here and there, we can carry those to our house and put in the dustbin. People are more likely to litter where other litter is already present. By littering here and there we are encouraging others to follow the same. Taking litter home doesn’t decrease the volume of the waste but it definitely helps in managing the waste products and keep our city clean. And, good management usually gives beautiful results. For instance, after ending the infamous load-shedding, Kulman Ghising, the present Managing Director of Nepal Electricity Authority has said that neither had he built new hydropower nor bought electricity from other countries to end the load-shedding, but only managed the already available power and supply system. Good management is something that everybody must follow to make this world better place. 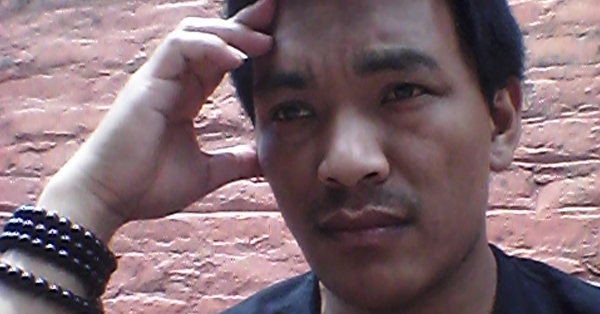 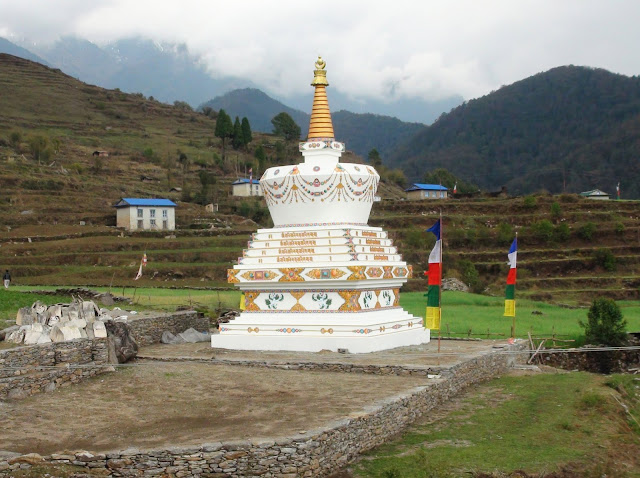 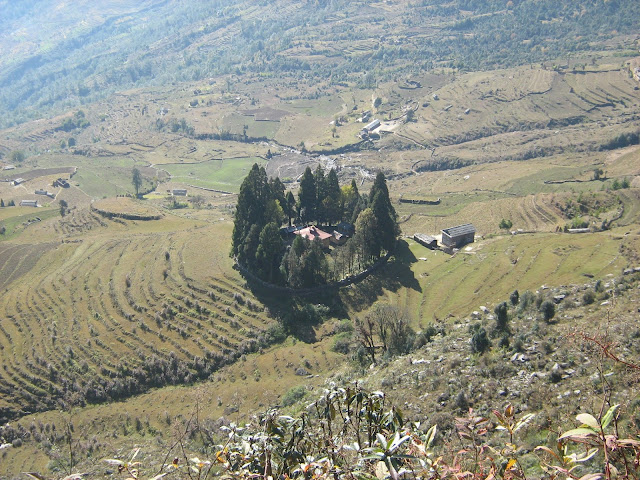 Ngonpa Thyakchhok Chholing Monastery  This is Khiraule, a small Sherpa village which lies at 27.546419 degree latitude and 86.816045 degree longitude in the eastern part of Nepal in Solukhumbu district. Situated at the south of Mt. Everest it has a very beautiful monastery called Ngonpa Thyakchhok Chholing Monastery. It is one of the oldest monasteries in Nepal and highly appreciated by the visitors for its mesmerizing and unique external design. The tall pine trees surrounding the monastery which are rarely foun d in Nepal are believed to be brought from Darjeeling more than hundred and fifty years ago by its patrons. Cultural significance of this monastery is equally valued because it is said that "Silent Meditation" ('ङ्युङ्ने ' in Sherpa and 'मौन ब्रत' in Nepali) actually first started from this monastery in eastern Nepal. The mega earthquake measuring 7.8 Magnitude that hit Nepal on 25 April 2015, has destroyed the most important parts of the
Read more